Never Too Late For A Blue Sapphire 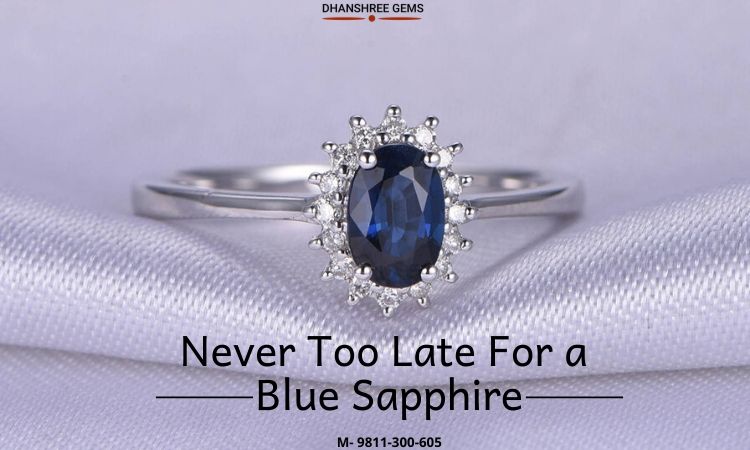 Belonging to the family of Corundum mineral, Blue Sapphires are a gorgeous and brilliant gemstone, which in India, also is popular by the name of neelam stone. Blue Sapphires are a part of the navaratna stones and holds a score of a superb 9 on the Moh’s Scale of hardness. Blue Sapphires symbolise fortune, serenity, bliss, and wisdom, and hold a great importance in the realm of the ancient vedic astrology.

Blue sapphire gemstone was also very famous in the ancient times. The name Sapphire has also been derived from the Greek word Sappheiros. The people of ancient Greece and Rome used to consider this stone as a protective talisman. The ancient people considered these sapphires to be the representation of romance, royalty, truth, and faithfulness. Blue sapphires are very famous among the aristocrats and clergy, alike. Moreover, the Persians also believed that the earth is a giant ball of blue sapphire and the colour of the sky is a mere reflection of it. Even, till the middle ages, clergymen used to wear this gemstone and considered it as a symbol of Heaven.

Natural blue sapphire gemstones are mined at various locations all across the globe, such as India, Ceylon, Burma, Thailand, Australia, Vietnam, Africa, and Brazil. Mainly, these stones are primarily mined in Australia and Thailand. However, the best Blue Sapphires are found in Burma and then Ceylon. 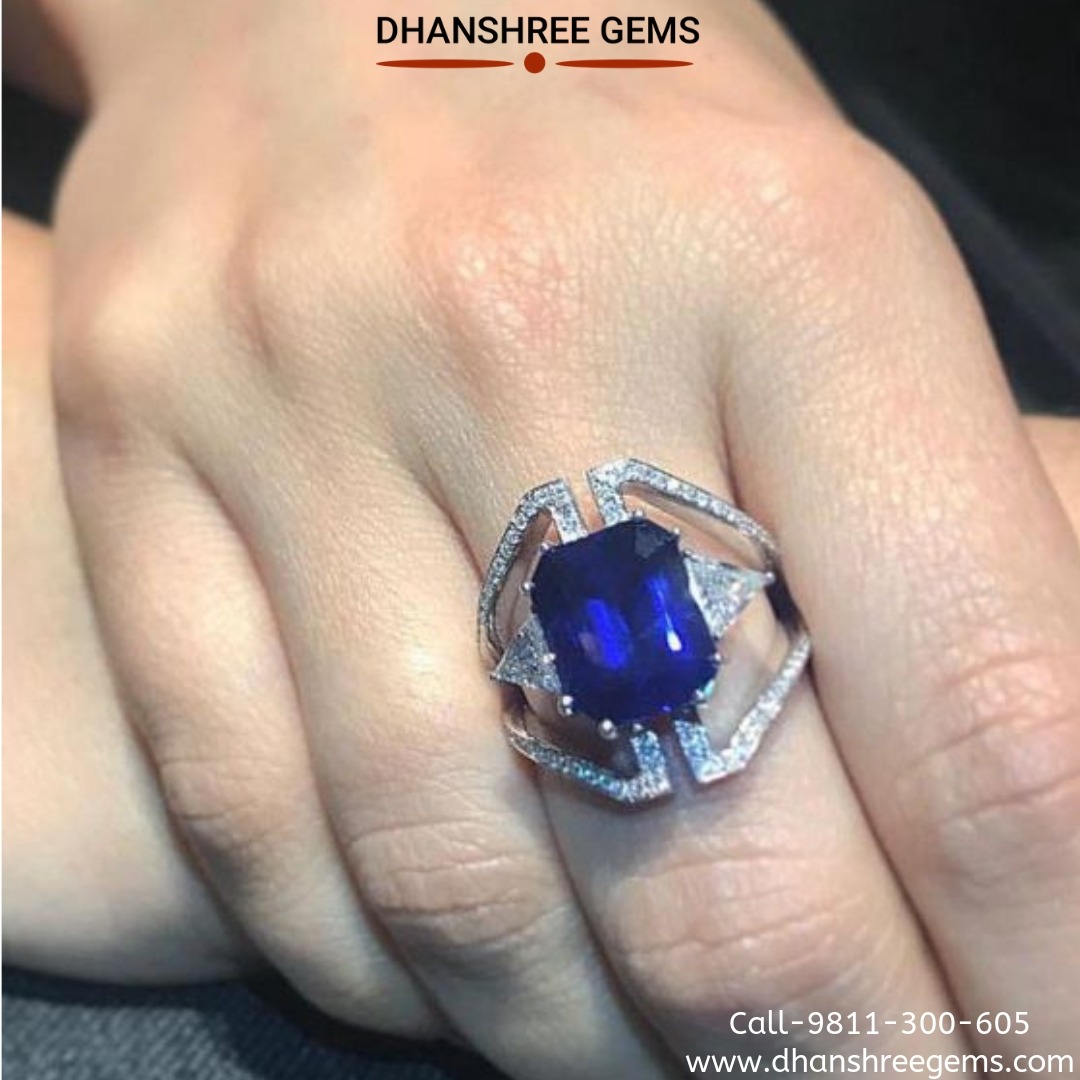 Blue sapphires have been assigned as the birthstone for the September babies, and is worn by those mainly who belong to the house of Taurus.

It is the stone which symbolises the planet Saturn.

The name “Sapphire” can be roughly translated into “Dear to Saturn”.

Sapphires hold the position of being precious since 800 BC.

Blue Sapphires have been described by a poet as “the blue of a clear sky just minutes after sundown.”

The Emperors of the ancient times used to wear this stone as a form of defence against harm.

Sir Richard Francis Burton used to carry a large star-shaped Blue Sapphire and believed it to be his talisman and the bringer of good luck.

There is an enormous blue Sapphire of 563 carats known by the name of “Star of India” in the Museum of Natural History in New York.

In the orient, Saturday is the assigned day to wear something blue paired with a Blue Sapphire.

There are many benefits of blue sapphire which has been mention in the Ancient Vedic Astrological texts. The Neelam stone is known for its mystical and positive powers which help in the enhancement of life and strengthening of one’s mental state. People, since the ancient times have believed that it symbolises heaven, innocence, truth, health, and chastity. Moreover, they also believe that the blue saphire gemstone benefits also in bringing joy, peace, and beauty into their life and inner self. Since the middle ages, people also used these stones as a protector against evil energy. In the psychological context, Blue Sapphires enhances mental peace and also calms the nerves and improves the clarity of the mental health. Moreover, in modern times, people believe that Blue Sapphires also improves physical health and promotes positive and good vibes. These stones give relief from fever, protect from mental illness, and also improve the eye sight. How to care for Blue Sapphires

Blue Sapphires rank superbly in the Moh’s Scale of Hardness, and thanks to it these are easy to care for. Moreover, cleaning them up is also very easy as you can just do it with a little warm soap-water. You can also use the concoction of ammonia and water. However note that, you should never use mechanical methods of cleaning if your stone has inclusions or fractures. It is because in this scenario, your stone might be weakened up and may shatter. Also, abstain from doing heavy work while wearing these stones as it may cause them harm. Check out the trusted stores of neelam stone in Delhi to have an authentic gemstone for getting the utmost benefits.

Blue Sapphires has been around for centuries and is here to stay for a long time indeed. Thanks to its brilliance, it would never go out of style. Moreover, getting your hands on a Neelam has become very easy and convenient, as now you can buy blue sapphire online. So, you can never be too late for a Blue Sapphire!